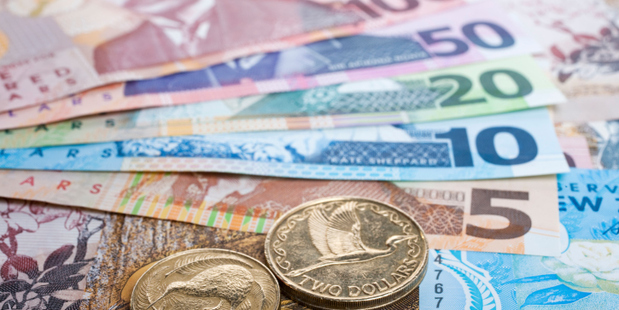 The Reserve Bank figures for new national residential mortgage lending show investors accounted for $1.989b of lending in August, up from $1.167b the previous year. Source, photo / Thinkstock

Investors took out nearly $2 billion in mortgages in a month, the latest statistics show – 33 per cent of all new lending.

The Reserve Bank figures for new national residential mortgage lending show that investors accounted for $1.989 billion of lending in August, up from $1.167 billion the previous year.

All borrowing amounted to $5.94 billion, including $624 million lent to first home buyers, and $3.251 billion to other owner occupiers.

The figures come as new restrictions targeting investors come into effect next week.

The Reserve Bank rules will require 30 per cent deposits for Auckland landlords. There will also be a tax on capital gain on any investment property bought and sold within two years.

“This follows analysis by Quotable Value finding more than 40 per cent of properties in Auckland are being sold to investors.”

Mr Twyford said National had tinkered around the edges, including its so-called “bright line” tax, when what was needed was a massive, state-backed building programme.

Finance Minister Bill English said Mr Twyford was wrong, and it was important to look at increases in the number of first home buyers borrowing for a mortgage.

That number had increased to nearly 2000 in the month of August, a jump of more than 50 per cent when compared to August last year.

“That’s on top of borrowing by more than 22,000 other owner occupiers in August. Taken together, the number of first home buyers and owner occupiers – 24,400 – is much higher than the 5600 investors.”

This week the Herald reported that auction clearance rates in Auckland had dropped, together with attendance rates, with experts attributing the turn to investors pulling out of the market because of the new rules.

One mortgage broker said landlords lost their appetite for Auckland from about July when most banks implemented the 30 per cent deposit restrictions.

The Taxation (Bright-line Test for Residential Land) Bill, due to take effect from October, arose from the 2015 Budget and was one of several measures designed to quell the Auckland property market.

It would tax capital gain on any investment property bought and sold within two years, but has been criticised by the NZ Law Society and others, who say speculators will change their behaviour, and the measures will net the wrong people, such as those forced to sell their properties for reasons such as illness or redundancy.

• New rules to take effect from next Thursday:
• Residential property investors in Auckland using bank loans must have deposits of at least 30%.
• The existing “speed limit” for high LVR borrowing outside Auckland increases from 10% to 15% to reflect the more subdued provincial housing market conditions.
• Existing 10% speed limit for loans to owner-occupiers in Auckland at LVRs of greater than 80 per cent retained.
• All buyers must have a New Zealand bank account and IRD number which will help track the number of overseas purchasers.
• Quick-flick tax being introduced to tax capital gain on any investment property bought and sold within two years.